This is a question that I get asked quite a lot so I decided to write a quick article explaining the difference.

The first difference most people notice between a Scotch Fillet and an Eye Fillet is the price.  Typically a slice of Eye filet steak will be twice as expensive as a slice of Scotch Fillet steak and it’s important to understand why that is.

Firstly, let’s talk first about what they both have in common.

That’s about it when it comes to similarities.  Now lets talk about the differences.

The Eye Fillet comes from the hind quarter of the animal.  It is the strip of muscle tucked in against the backbone.  When removed in it’s entirety it looks a bit like long cylinder, thicker at one end than the other.  This muscle does very little work and is considered to the most tender cut of meat on the animal.

BUYING GUIDE:  If you’re looking to buy a tasty steak to cook then either a Scotch or Eye will work really you just simply need to know what you’re getting.  It’s a common practice for meat providores to slice and wrap a Scotch Fillet with cling film altering its natural shape into the shape of an Eye-Fillet.

What is the most important thing for a great steak for you?*

Where Each Cut Comes From – Your Perfect Steak

This video shows me breaking down a side of beef with Master Butcher Mick from the Award Winning Butcher Shop The Hot Canary in Bowral NSW.

I hope this video makes it clearer for you where each cut comes from and really clears up the difference between a scotch and an eye fillet.

Our new book, Your Perfect Steak goes into a lot more detail about how to prepare for cooking as well as all the timings and techniques we’ve developed as we test-cooked over 1000 steaks. The book is available to purchase in Hard Copy direct from us or you can go directly to Amazon.com and download it for Kindle right now. 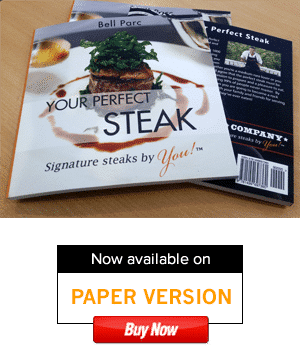 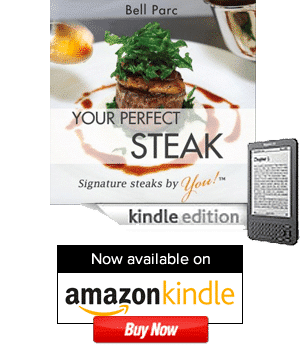 By the way you should also grab our FREE steak cooking app, Steak Time which will greatly assist you in preparing Your Signature Steak.