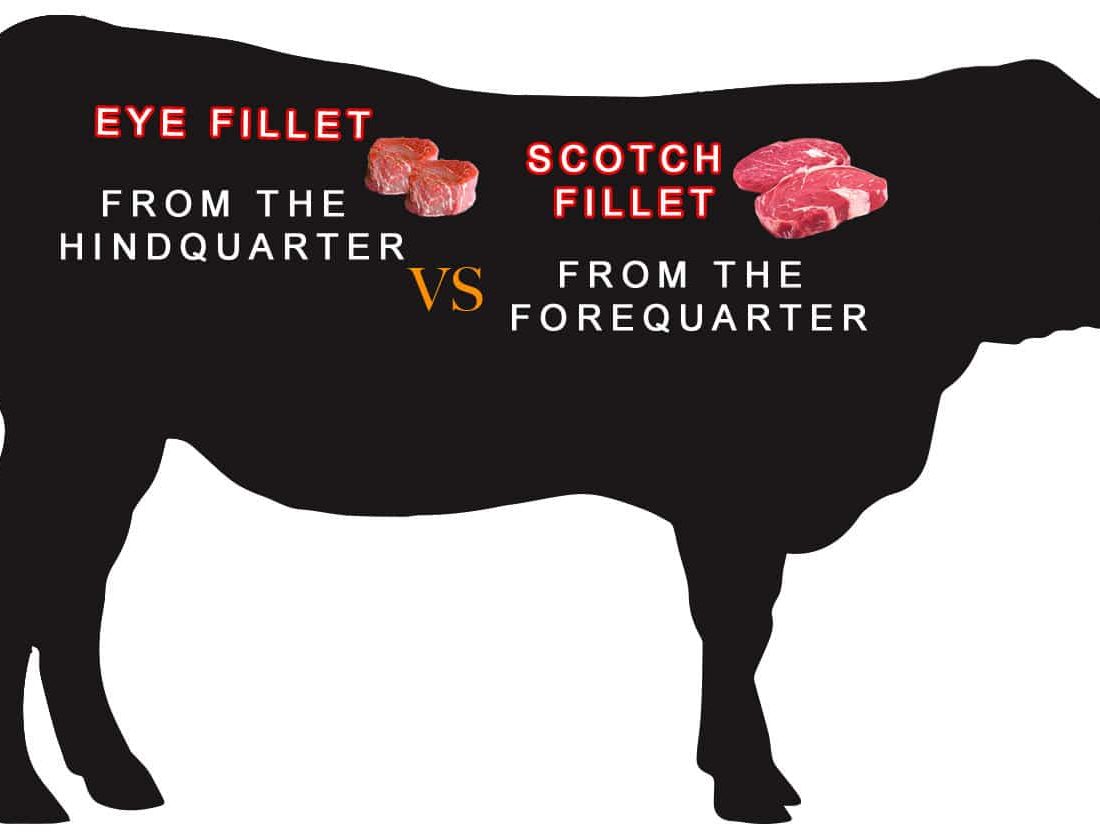 This is a question that I get asked quite a lot so I decided to write a quick article explaining the difference.

The first difference most people notice between a Scotch Fillet and an Eye Fillet is the price.  Typically a slice of Eye filet steak will be twice as expensive as a slice of Scotch Fillet steak and it’s important to understand why that is.

Firstly, let’s talk first about what they both have in common.

That’s about it when it comes to similarities.  Now lets talk about the differences.

The Eye Fillet comes from the hind quarter of the animal.  It is the strip of muscle tucked in against the backbone.  When removed in it’s entirety it looks a bit like long cylinder, thicker at one end than the other.  This muscle does very little work and is considered to the most tender cut of meat on the animal.

BUYING GUIDE:  If you’re looking to buy a tasty steak to cook then either a Scotch or Eye will work really you just simply need to know what you’re getting.  It’s a common practice for meat providores to slice and wrap a Scotch Fillet with cling film altering its natural shape into the shape of an Eye-Fillet.

April 17, 2014
Recently I was travelling in China and at the restaurant I was staying in I saw a sign saying:  “Tonight’s Special Steak BBQ” so naturally I had to give it a try.  The video.
Read More
X